“Under the Sea, under the sea.
Darlin’, it’s better, down where it’s wetter.
Take it from me…”


At some point in time, we’re taught not to believe. It’s a shame, really.
They are a familiar sight, the mermaid statues that stand on either side of Ventura Harbor, playful sentinels bathed in every kind of weather and light. We Venturans have slipped quietly past them on sailboats, kayaks, outriggers and paddleboards. Throbbed past on power boats and Island Packers boats. Strolled past with friends, two-legged and four. In other times (and in times to come), maybe you sat beside them and daydreamed (or, better still, night dreamed). 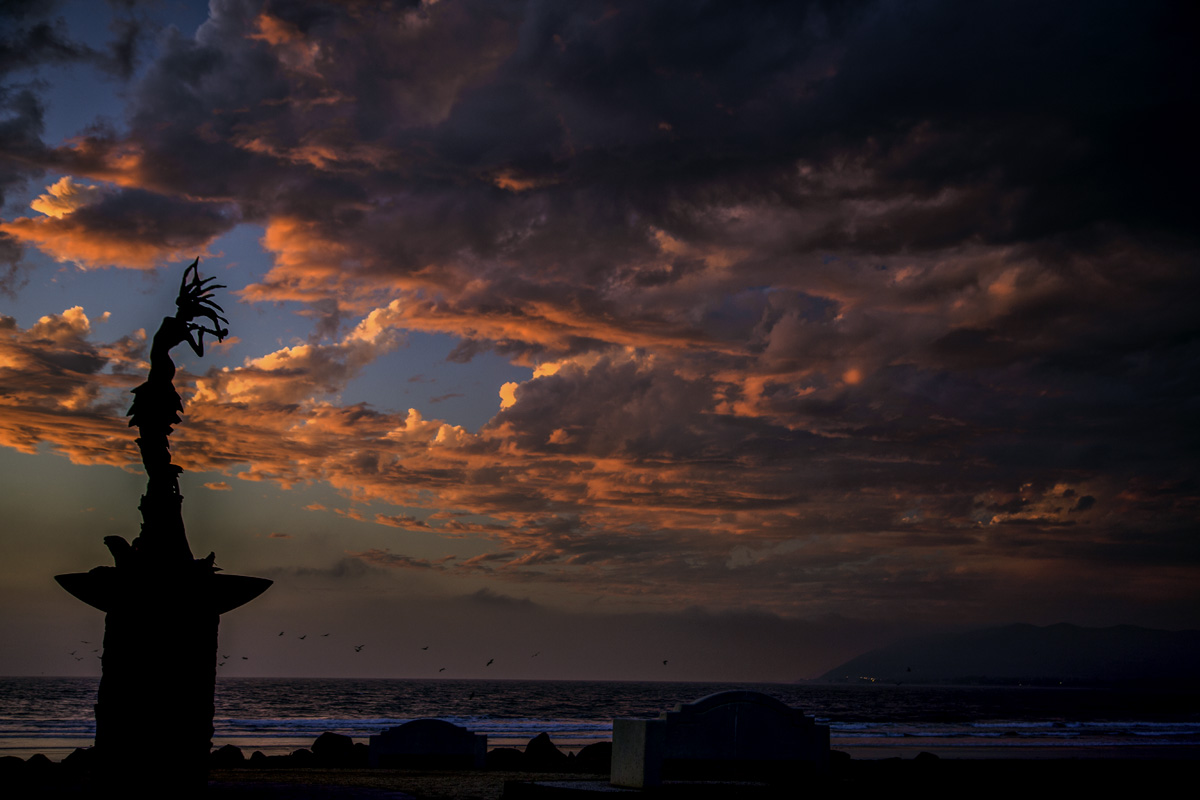 Do a little reading (or maybe, as a mermaid fan, you know this already) and you will learn that mermaids are mythical creatures, created in the imaginations of ancient civilizations across the globe (Greece, Babylon, China, Japan); make believe water deities that were celebrated as the bringers of life and fertility. Given ancient man, perhaps wisely, feared everything was going to clonk him over the head, mermaids were also seen as wielders of great power and destruction. They were also believed to be immortal, see the future, be telepathic, and, you probably remember this one, able to hypnotize with their bewitching song. Ancient mariners reported regular sightings. Unimaginative historians claim what the mariners likely saw were manatees (sea cows). There is even record of Christopher Columbus (impolitely) reporting seeing ugly and fat mermaids on his first voyage to America.
Mythical.
But are they?
In a 2017 interview with KCRW’s Ted Mills, Alec Benke, the gentleman who donated the two mermaid statues on either side of the mouth of Ventura Harbor, said something ear-catching. A Russian immigrant (hence the plaque beneath one of the statues that reads “From Russia with Love”), Benke served for a time in the Russian navy — as a sonar operator in a submarine.
Benke told Miller he could hear what he believed to be mermaids outside the sub.
“I heard them laughing, talking, swimming away and coming back, basically playing,” he said.
Benke also added this.
Any time they were nearby, he’d feel “uplifted. I’d have a smile on my face.”
Why do we stop believing in anything? In mermaids, in tomorrow’s bright dawn, in limitless possibilities. It’s a complicated question. But in some cases maybe it’s a simple answer.
Someone told us to.
Whatever happens next, is up to you