Just the sight of them makes you feel right. The waters off Ventura (officially the Santa Barbara Channel and Channel Islands National Marine Sanctuary) are rife with life, and, though it is wrong to pick favorites (how can a Blue Whale come in second in anything?), well, it’s quite possible that dolphins are the hand’s down favorite when it comes to sea life sightings.

And it’s not just humankind that’s mesmerized by Ventura’s dolphins.

But, while the sight of a pod a thousand strong is unforgettable, it’s not about numbers. In fact, it doesn’t even have to be about seeing them at all. Next time dolphins come vectoring in toward the boat, close your eyes for a few minutes. It is a soft and beautiful symphony, the only sounds punctuating the quiet, the exhalations of speeding dolphins, the sound like a snorkel being cleared, and the marveling exclamations of man.

And, as promised, a few more near-magical dolphin marvels… 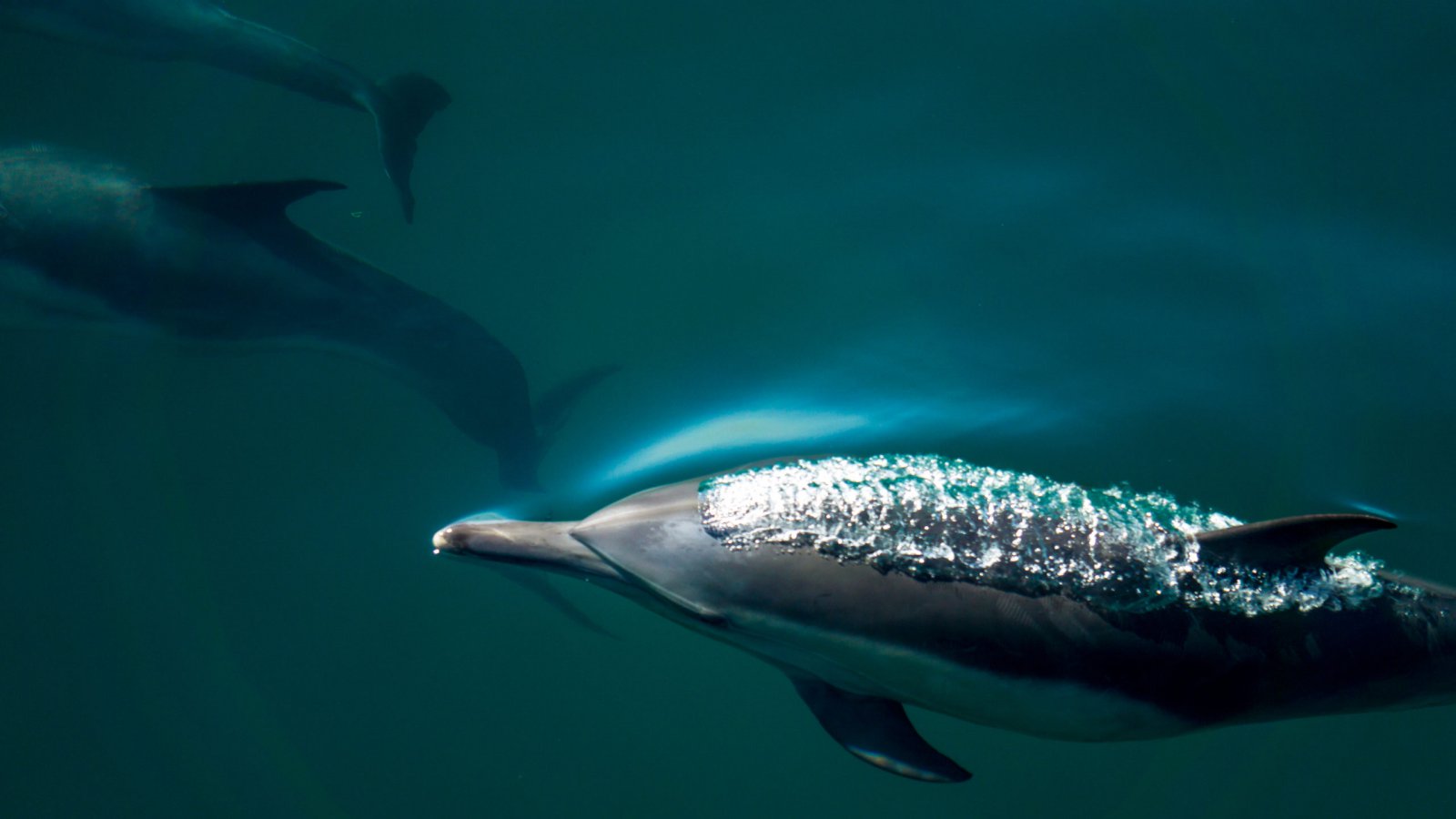 How long do dolphins live? Science doesn’t know for certain — all magic has a bit of mystery.

Why do dolphins swim over to the boat and ride the wake? Scientists think they may be conserving energy — though fun can’t be factored out. It’s also true that pure joy might be why they leap from the water — but they also might be communicating, or shedding parasites.

Dolphins are as smart as apes, and the evolution of their brains is surprisingly similar to humans.

Dolphins are semihemispheric sleepers; only half their brain sleeps at a time so that they can keep breathing and keep an eye out for predators. You may know a few humans who perform this feat in a waking state.

Dolphin offspring will stay with the mother for as long as six years, depending on the species. 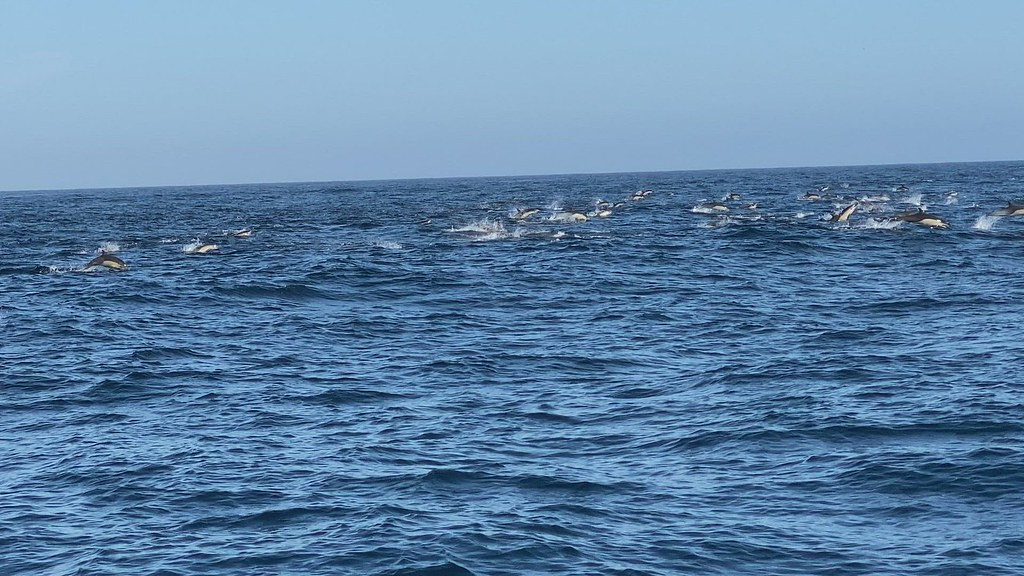 Dolphins can reach speeds of more than 18 miles an hour.

Dolphins have two stomachs; one for the storage of food, the other for digestion. Dolphins swallow their food whole — their teeth are used only to catch their prey. Nor will they win any Jenny Craig contests. A 260-pound dolphin might eat some 33 pounds of fish a day.

Why do dolphins breathe through blowholes? It prevents them from sucking water into their lungs when hunting, reducing the risk of drowning.

Dolphins have delicate skin, so delicate they can be injured by the slightest touch of hard surface. But even the deepest of wounds heal remarkably quickly.

When the time is right, come see for yourself. No one is better at finding dolphins than Island Packers’ captains and crew. And they’ll be itching to see these beautiful creatures themselves.

A happy reminder of the beauty that exists in this world. 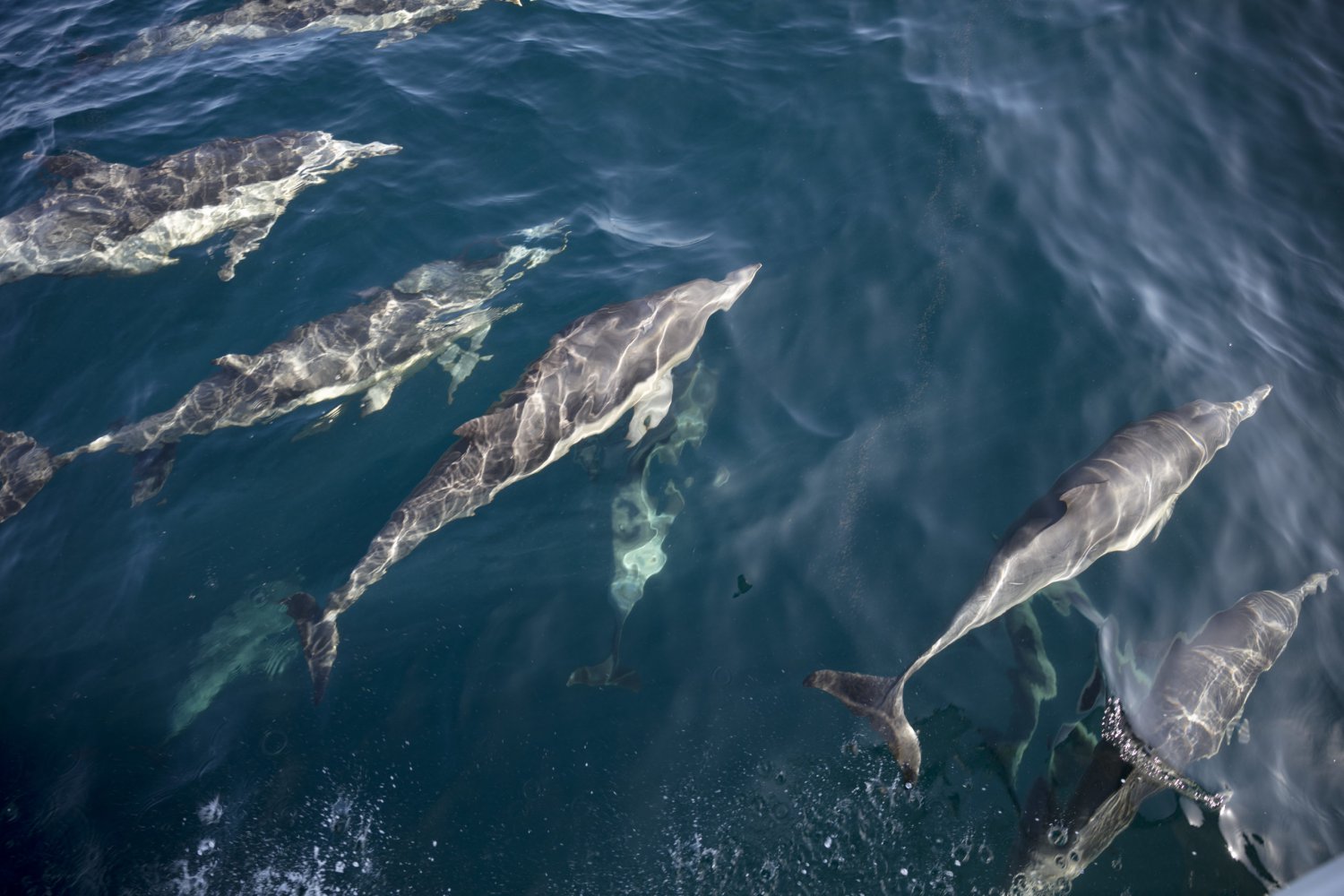