Summer’s Here, and the Time is Right for Blue Whales off Ventura

‘Tis the season for life-changing sightings. Summer whale watching season is officially here in Ventura. What does that mean? Well so many things, but let’s start with two words. Blue Whales. No guarantees, of course, but so worth the roll of the dice. For when anticipation collides with realization and the largest creature on this planet roils to the surface, the result is as stunning as a glimpse of Hollywood humility and as subtle as already disappearing blowhole mists. And so, with the possibility of just such magic in mind, Island Packers has added Summer Whale Watching excursions to their existing schedule of trips. And, while Blue Whales are the biggest (sorry) lure, truth is, there’s no telling what you’ll see. 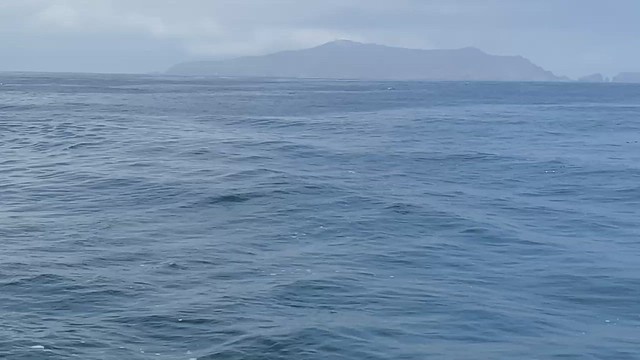 Let’s start with the Blue Whale since it is summer’s marquee player. The Blue Whale isn’t just the biggest whale living today — it’s the largest animal that has ever lived on Earth. Blue Whales commonly reach a length of 95 feet. For a little more scope, their major arteries and veins are so large a small child can pass through them. And Blue Whales are only the grandest denizen in summer’s cetacean carnival. The Santa Barbara Channel and the (protected) Channel Islands National Marine Sanctuary are rife with life. From roughly June through mid-September, Blue Whales are also joined by Humpback Whales, both species attracted by floods of nutrient-rich krill, brought up from the deeps by upwelling currents. Humpbacks have their bewitching attributes too. The haunting songs of male Humpbacks, for one. Complex and always-evolving, the sounds male Humpbacks sing span seven octaves, nearly the entire range of a piano. During the winter mating season, they repeat their songs for hours at a time, hoping to find a mate. Not only do the males change their songs as the breeding season unfolds, but each year they produce a new song. Perhaps something other species can learn from. 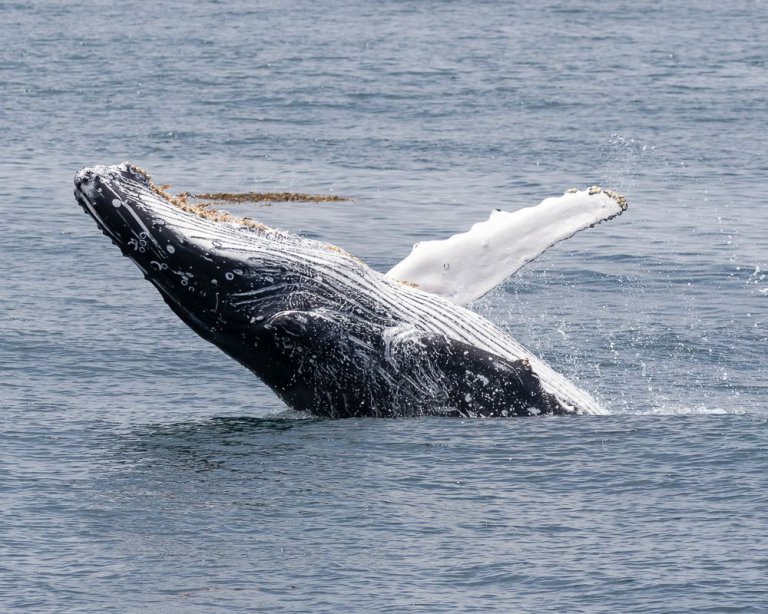 And one last important word before we move on to man’s details. There truly is no telling what you’ll see. Island Packers calls them Whale Watching trips, but only because you can’t put the rest of it at the top of a brochure. Out on the open ocean, and along the shorelines of the islands, you’ll see sea birds, seals and sea lions. There’s the chance, in any season, of Orca Whale sightings (the trip is worth that possibility alone). And, much more likely, you’ll see dolphins. The many species of these highly intelligent animals can be seen in every season. Add in a bit more luck, and you’ll get a close look at their infants too, some just slightly larger than an overinflated football, bursting from the water to execute the same perfect scimitar leaps as their elders. There is magic in this world. What has Island Packers been seeing lately? Have a look here. How do the Whale Watching trips go? The boat leaves at 10 am and returns at roughly 4 pm. Summer whale watching runs through August 30th. Cost? Adults (12-54 years) $68; Seniors (55 years and older) $62; Children (3-12 years) $55. Please click here for Islands Packer’s whale watching schedule and availability. Island Packers also offers shorter — 3½ hour — Wildlife Cruises along the shoreline of Anacapa. Again, you won’t get off the boat, but you will see the famous Arch Rock (the signature landmark for the Park), the (working) Anacapa lighthouse, and lots of sea bird species. No doubt, you’ll also hear the blurting, honking symphony of seals and sea lions on the shores beneath the high cliffs. Common dolphins are often sighted. 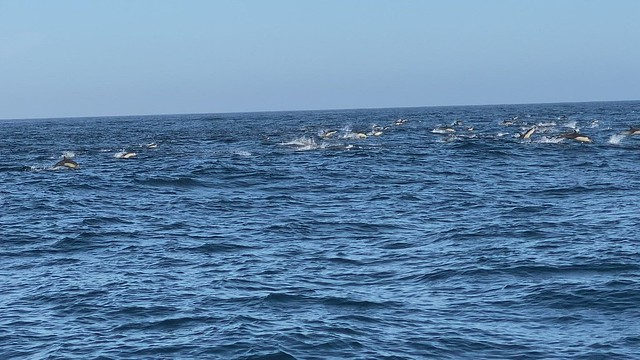 And since whales don’t differentiate between half-day and full-day excursions, there is always the chance of the world’s grandest creature …

What You Need to Know About Whale Watching off Ventura