The waters off Ventura — the Santa Barbara Channel and the (protected) Channel Islands National Marine Sanctuary — are filled with life, much of it very, very large.

What of the whales?

Well for one not-so-small thing, there is much we are only now just learning.

Whales have been around for 50 million years.

Scientists are only now just learning that some groups of whales have their own dialects, diets, and routines — cultural differences once thought to be unique to humans. 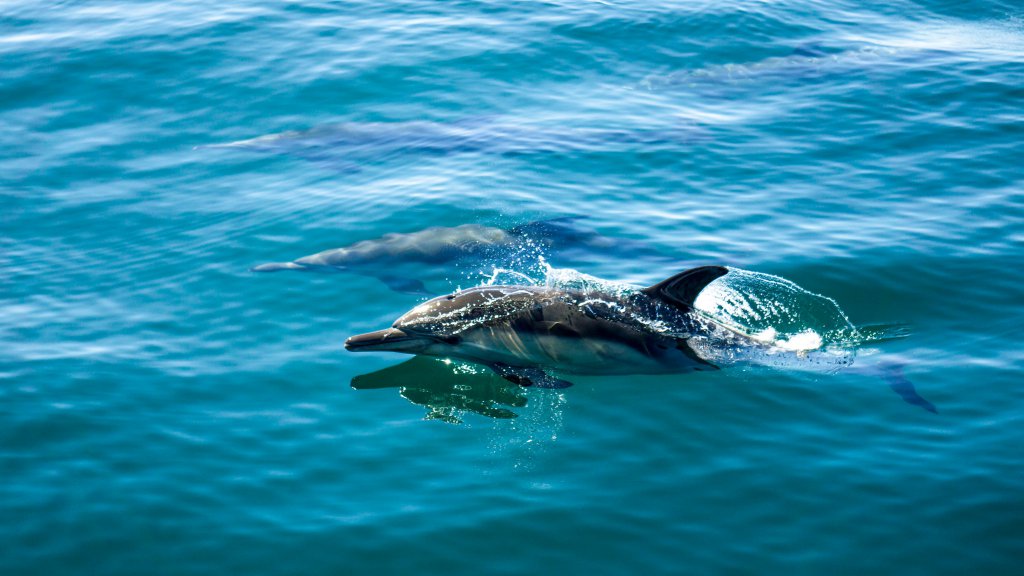 The Blue Whale isn’t just the biggest whale living today — it’s the largest animal that has ever lived on Earth. Blue whales commonly reach a length of 95 feet. For a little more scope, their major arteries and veins are so large a small child can pass through them.

A newborn Blue Whale is roughly 20 to 26 feet long and weighs up to 6,600 pounds. They’re hungry too. They drink about 225 liters (about enough to fill a bath) of Mom’s fat-laden milk a day, gaining about ten pounds an hour, the fastest growth rate of any creature on Earth.

Five whale species — Blue, Bowhead, Fin, Humpback, and Minke — are thought to sing. Blue and Fin whales can sing at pitches too low for humans to hear.

The haunting songs of male Humpbacks are complex and always-evolving; the sounds male Humpbacks sing span seven octaves, nearly the entire range of a piano. During the mating season, they repeat their songs for hours at a time. Not only do the males change their songs as the breeding season unfolds, but each year they produce a new song. They also pick up songs from each other. A single song can spread across an entire ocean basin.

Adult Humpback Whales are the length of a school bus.

Gray Whales have one of the longest yearly migrations of any mammal; up to 10,000 miles round trip. From roughly mid-December through mid-April, Pacific Gray Whales migrate through Ventura’s waters, swimming down from Alaska on their way to Baja California, Mexico. From mid-February through May, they migrate north again, swimming up from their calving grounds in Baja and back to their feeding grounds off Alaska.

Orca pods — which can be seen in the Santa Barbara Channel in any season — are technically part of the dolphin family (far and away the largest dolphin). Want to read a skin-prickling Orca story? Click here.

Orcas travel in matrilineal family pods for life. Some may even mourn. In 2018 a killer whale was seen pushing the carcass of her newborn, which had died shortly after birth, around with her snout for 17 days.

You can see these majestic creatures for yourself (well, except for Sperm Whales). Island Packers — whale finders extraordinaire — will make it happen. If, for some strange reason, you need just a little more enticement, click here.

What You Need to Know About Whale Watching off Ventura

The Whales Off Ventura’s Coast!