and a Lovely Mystery Beneath the Sea

“Under the Sea, under the sea.
Darlin’, it’s better, down where it’s wetter.
Take it from me…”

Mermaids are mythical creatures, created in the imaginations of ancient civilizations across the globe (Greece, Babylon, China, Japan), water deities that were celebrated as the bringers of life and fertility. Given ancient man, perhaps wisely, feared everything was going to clonk him over the head, mermaids were also seen as wielders of great power and destruction. They were also believed to be immortal, see the future, be telepathic, and, you probably remember this one, able to hypnotize with their songs.

Ancient mariners reported regular sightings. Unimaginative historians claim what the Mariners likely saw were manatees (sea cows), and there is a record of Christopher Columbus (impolitely) reporting seeing ugly and fat mermaids on his first voyage to America.

Mythical. But are they? 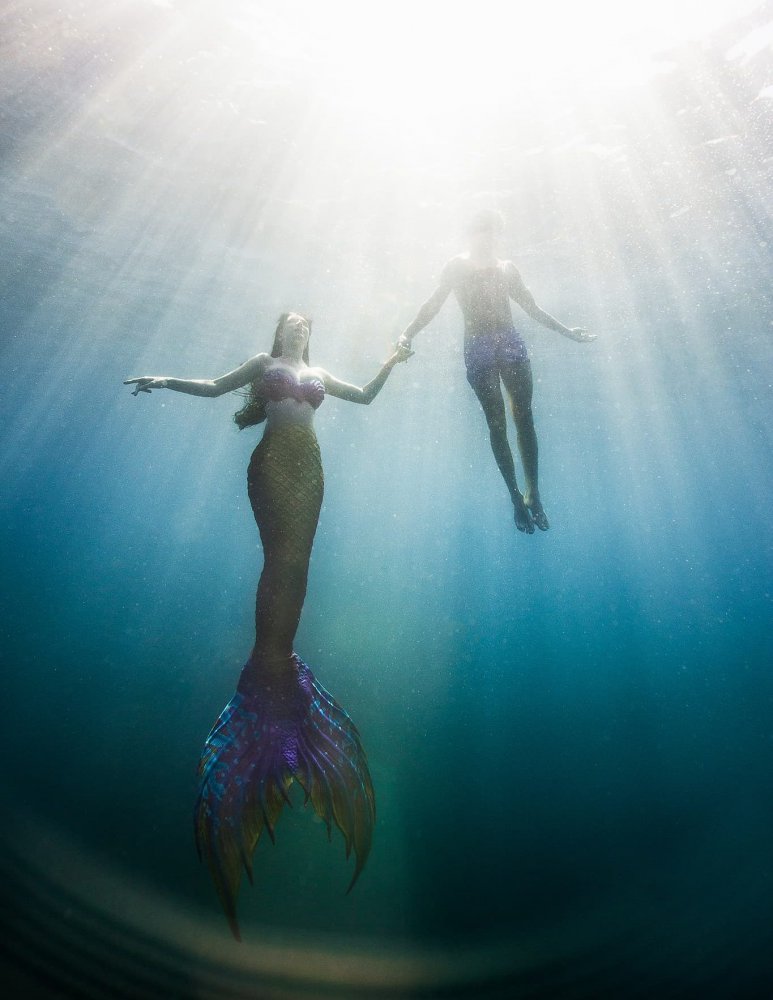 In a 2017 interview with KCRW’s Ted Mills, Alec Benke, the gentleman who donated the two mermaid statues on either side of the mouth of Ventura Harbor, said something ear-catching. A Russian immigrant (hence the plaque beneath one of the statues that reads “From Russia with Love.”), Benke once served in the Russian navy as a sonar operator in a submarine. Benke told Miller he could hear what he believed to be mermaids outside the sub.

“I heard them laughing, talking, swimming away and coming back, basically playing,” he told Mills.

Any time they were nearby, he’d feel “uplifted. I’d have a smile on my face.”

Calling all mermaid and merman lovers to Ventura Harbor!