17 reasons you should NEVER take your kids to Ventura, CA

1. Ventura’s harbor is just too hectic and overwhelming.

Between the commercial fishermen distracting you with their daily catch, the harbor seals out for leisurely swims, the touch tanks at the Channel Islands welcome center, and all the shops and restaurants, there’s just too much to do and see at the harbor. Your kids can barely decide between two pairs of socks.

2. Just across the water at Channel Islands National Park, your kids could spot whales, seals, and dolphins…

How will they document their sightings fast enough for Snapchat? It’ll be impossible to post it all on social media! Think of their poor friends! 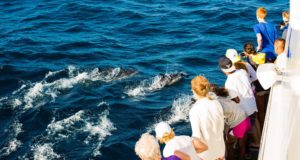 3. …and discover up to 145 plants and animals that only live here…

How do you explain you can’t take an Island Deer Mouse or an Island Fox home as a pet? Your kids will be so disappointed.

4. …and each of the islands, from the smallest (Anacapa) to the largest (Santa Cruz), has plenty of places to hike, snorkel, and explore…

But not one fast food restaurant. What are you going to do, picnic? 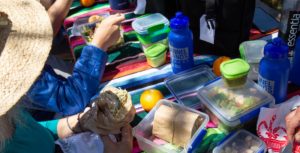 5. Watching surfers at Surfers’ Point catch wave after wave is just going to give them ideas.

Too much exposure and your kids might want to try surfing themselves. Ideas. Aspirations. Ugh.

6. Marina Park has its own pirate-ship playground.

No, thanks, they might get too into character. Imagine them saying “arr” all the way home.

Chocolate or vanilla ice cream was good enough for you when you were their age. And besides, the flavors of gelato at Palermo— in Downtown Ventura — aren’t to be trusted. Crème brûlée? Birthday cake? Honey lavender? Is this pure chaos? 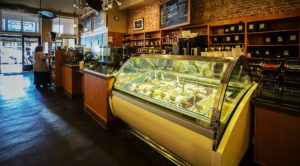 8. Renting a four-wheeled Surrey bike to cruise the pier means only one thing.

Yep, you’re going to have a hard time convincing your family to take it back at the end of the day. Second-degree theft is not what you signed up for.

9. The Downtown Ventura Farmers Market has aisles and aisles of fresh fruit and vegetables (and a kickin’ tamale stand).

NO. Saturday mornings are meant for frozen Eggo waffles, not spoiling your kids rotten. 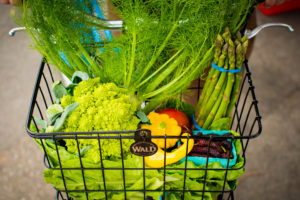 10. The indoor Village Arcade and Carousel at Ventura Harbor Village is a giant time suck. 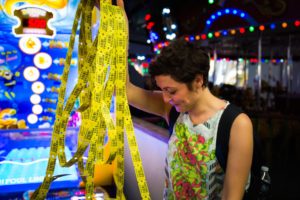 But really, you can’t beat a kiddie pool for safety. Just stay home and use the garden hose. 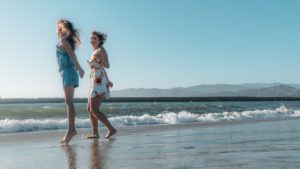 12. The locally owned shops on Main Street will lead to a lot of “Can I have this?” conversations.

Ugh. It’s easier just to say yes (especially to the esoteric wonders at Copperfield’s) or the blissful Betty Belts with jewelry straight from the ocean. 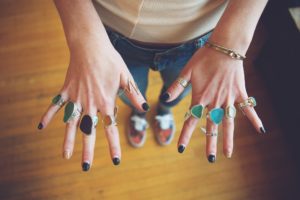 13. Visiting the Museum of Ventura County will teach them about the area’s earliest residents, the Chumash people.

Watch out, or else your kids might start spouting trivia all the time. Or worse, asking you questions you don’t know the answers to!

Image provided by the Ventura County Museum of an 1874 parade

14. Thankfully for Ventura’s walkability, you won’t have to rent a car to get around.

But…but…but what about all those precious “Are we there yet?” moments? 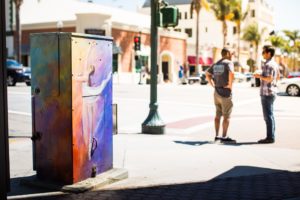 15. One look at the giant fish tacos at Spencer Makenzie’s Fish Company will ruin everything.

Fish tacos JUST AREN’T SUPPOSED TO BE THIS BIG. 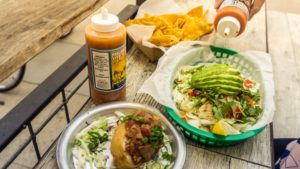 16. The indoor roller rink at Skating Plus and Buena Lanes bowling are right next to each other.

Good luck going to one and not the other.

17. And when you’re on your way home, you’re definitely going to have to explain to your kids why you can’t move to Ventura.

Good luck navigating that one. Better stick to more disappointing vacations from now on. 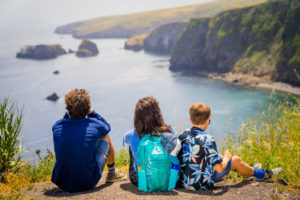 This article originally appeared on the Matador Network.