Not long ago I heard a man grouse, “Communities aren’t communities anymore. People don’t join together like they used to.” I listened as he reminisced about childhood summers in Brooklyn, evenings where folks visited on porches and stoops, and the kids played kick the can in the street. I listened because you don’t learn anything from talking. I also listened because it sounded wonderful. When he returned to the present his smile dissolved like a summer evening. “Today people come home from work, the garage door automatically goes up, and they disappear into their homes,” he said.

“Today people come home from work, the garage door automatically goes up, and they disappear into their homes”

Anyone can see the gaping flaw in this argument. Who has room in their garage for a car? I jest. But I still (silently) disagreed. I believe community is alive in America, and in our town. Once, traveling to write a book, I visited the tiny island of Ocracoke, North Carolina. I visited Ocracoke in winter when, regarding people, the island is even tinier: at the time of my visit, some 700 residents in all. But you don’t have to be a big town to be grand; and while I was visiting, the grand town of Ocracoke hosted a grand music festival (officially the Ocracoke Music and Storytelling Festival). Although it was a bitter cold winter’s night, the Festival was heavily attended. When I arrived a long line of people stood on the wooden walkway leading into the community center, stamping their feet and blowing gobbets of steam into the frigid night. Five minutes later we were told all the seats had been sold, though tickets were still being sold to those who didn’t mind standing.

I went in and stood, and within the confines of a nondescript community center magic unfolded

I went in and stood, and within the confines of a nondescript community center magic unfolded. Musicians took the stage, playing and singing in duets, in quartets and on their own, and they were shockingly good. People told stories; just sat on a chair on the stage and told them. They were fine stories too. My personal favorite involved a gentleman named Cleveland Gaskins. Cle, as he was known to his friends, died in 1963, but earlier in his life he took a fancy to some toilet paper he saw advertised in a friend’s Sears, Roebuck catalog. Cle couldn’t read or write, but he had a daughter who could, so he had her pen a short missive. “Dear Sears, Roebuck. I would like to buy a dozen rolls of toilet paper. Please send the toilet paper to my home on Ocracoke. Sincerely, Cleveland Gaskins.” Cle put the note and the money on the mail boat. The days spilled along, and no package came. Finally a letter arrived from Sears, Roebuck. “Dear Mr. Gaskins. We don’t sell toilet paper by the dozen. Please consult our catalog for the quantities we offer.” Cle wasted no time crafting his response. “Dear Sears, Roebuck. I recently ordered a dozen rolls of toilet paper. Instead I got a letter telling me to order directly from the catalog. Gentleman, I can assure you, if I had one of your catalogs, I wouldn’t need your damn toilet paper.” That story alone was worth the price of admission. Everyone roared with laughter. And then they noshed on pot luck offerings, danced to the music and visited, while outside winter roared. It felt good just being there.

Community has not gone the way of manual garage doors. It is alive and thriving. Here in Ventura, you might consider attending a food truck gathering. They’re held regularly on the third Friday of the month from 5-9pm in the Trader Joe’s parking lot at the Pacific View Mall. It’s a simple affair. Fifteen to twenty food trucks circle a portion of the parking lot. There’s usually a band; usually a shockingly good one. As the sky makes magnificent colors, parents sit at picnic tables visiting with old friends, or with new friends they just met. Kids pester their parents for a Kona Ice, or maybe a little body art courtesy of Fancy Pantz Face & Body Art. It’s worth attending Food Truck Fridays for the names alone. There’s Belly BombZ and Slammin’ Sliders and Desserts To Die For (served from a hearse) and The Perk U Later; calling out to you with foodstuffs sweet, sour and spicy. Some of the names themselves are spicy. This being a family friendly blog, I won’t reveal them here. Trust me, you’ll know them when you see them.

On any given Friday, you’ll find just about everything from lobster rolls, to Panini, to Pepper-Belly fries (too much to explain: just find the ConFusion Street Cuisine Truck and try them). Smoke and smells rise into the air; barbecue, hot dogs, fudge. You won’t see Jenny Craig here; all the more reason to come. If you’re still feeling guilty, know that the barbecue ribs and hamburgers and franks are served with just the right amount of social responsibility (locally raised beef) and fancy pants garnish (franks topped with basil-habanero aioli and sliced apples) to make it socially acceptable to eat them.

On any given Friday, you’ll find just about everything from lobster rolls, to Panini, to Pepper-Belly fries

Like the Ocracoke Music and Storytelling Festival, the food truck gathering feels good, The very first Ventura food truck fest I attended was held at Poinsettia Pavilion (food truck gatherings still take place there sporadically). If you live in our town, you know that Poinsettia Pavilion has witnessed all manner of community events. My wife and I have attended weddings there, and film festivals and, my personal favorite, Cotillions where we watched young boys make the hard decision of giving the lady a cookie first; a fine lesson to carry through life. On this food truck night, there was also dancing inside the Pavilion. The band played jazz and big band tunes. Most of the dancers were older couples who moved about the floor with a fluidity and understated flair that may one day be gone from this world. Folks entered the ballroom with their food truck plates, stopping at table after table until finally arriving at their seat, their food now cold. Then they sat at their table, eating and visiting, while outside nothing close to winter roared. Communities differ on some fronts.

Poinsettia Pavilion sits high up on a hillside. The view – across our palm-graced town, out to the Pacific Ocean, Anacapa and Santa Cruz Island and horizon beyond – takes a backseat to none. When the evening ended my lovely wife and I stood quietly, holding hands and looking out over our town, fallen now to darkness, a gathering of lights twinkling before a literal sea of darkness. It was beautiful, our town beneath the stars. Community is a difficult feeling to put to words. But you know it when you feel it. It’s like a good story, one that stays with you forever. 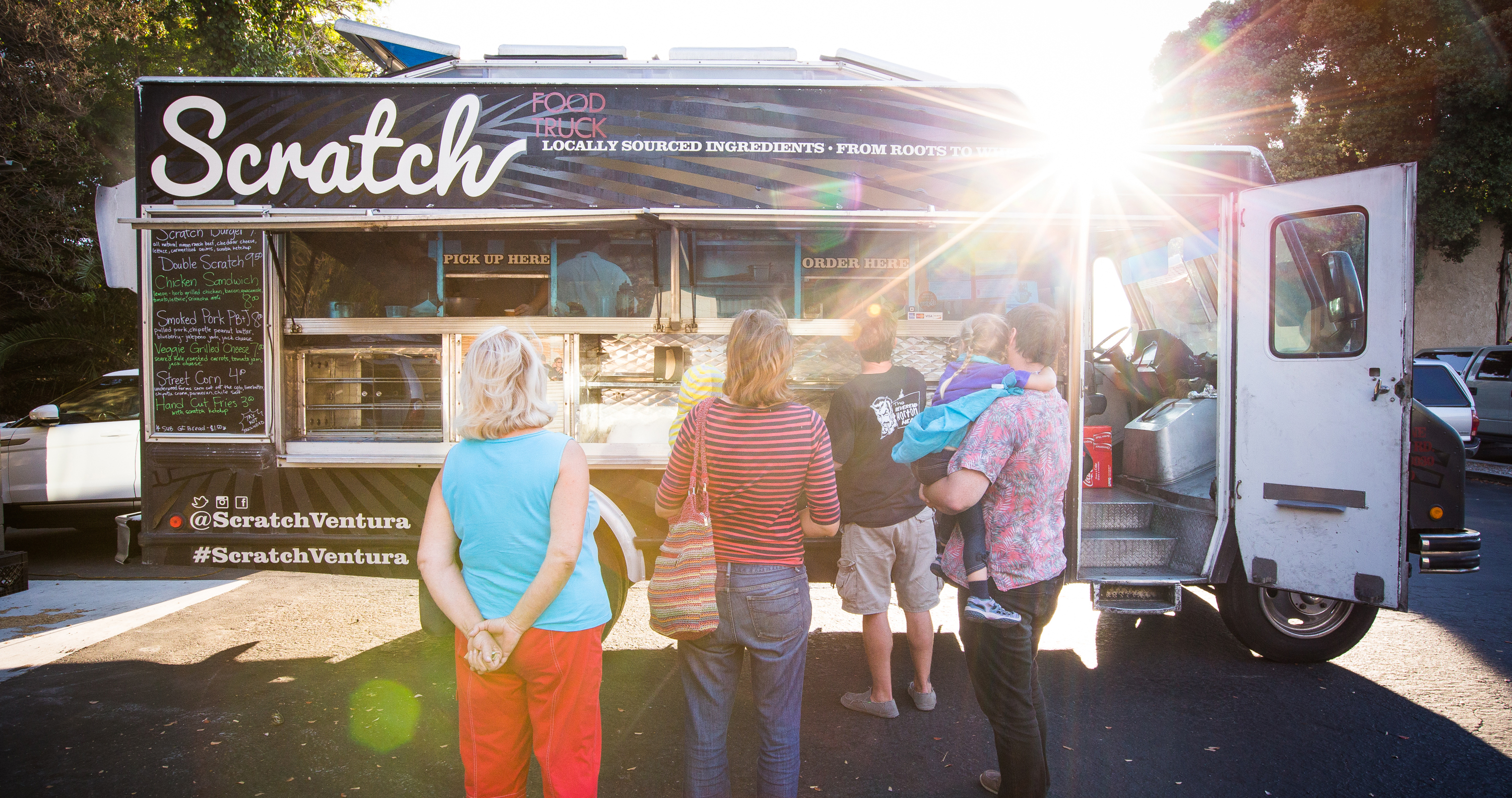 Are There Live Events in Ventura this Summer? You Bet.