After a long blog-writing hiatus – I spent the summer without a laptop as I hiked across the Balkans – I’m back at home and determined to start writing regularly. To kick things off, I am revisiting my trip to southern California to share my Santa Rosa Island travel guide.
If you’ve never heard of Santa Rosa Island, which is within Channel Islands National Park near Ventura, California, you aren’t alone. When I first spoke with Visit Ventura about this photography project, I had no idea the island existed. After four days on the island, I left impressed. It’s an outdoor paradise, home to beautiful beaches, excellent hikes, and plenty of endemic species.
With a little luck, my Santa Rosa Island Travel Guide will inspire your next adventure weekend in Southern California. 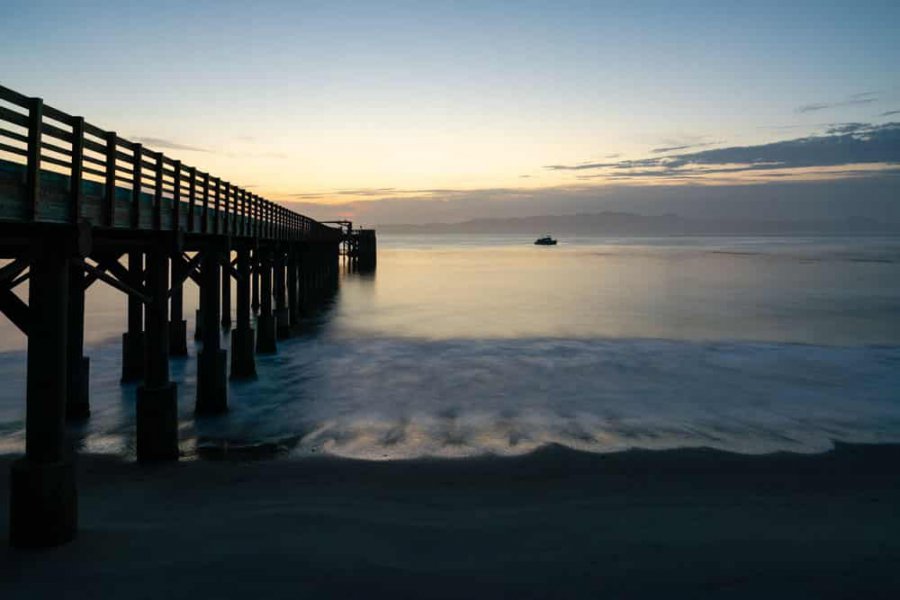 While Santa Rosa isn’t the only island off the coast of Ventura (there are eight Channel Islands and five are located within Channel Islands National Park), I’ll make the case that it’s the best destination for adventurous travelers. It strikes the perfect balance between development and wilderness. The 15-site campground has clean drinking water, flush toilettes and picnic shelters on each site. But despite visiting on a weekend, immediately following Independence Day, the campground wasn’t full. Over four days, I shared the island with just two dozen people.
While there are a few buildings, including a National Parks compound and a historical ranch, the island feels inherently wild. It’s ringed by a rugged coastline, interrupted by secluded beaches that are simply never crowded. Hiking trails crisscross the island, leading to remote surf breaks, sandstone canyons, and mountain top panoramas.
After my experience on the Island, I would encourage you to visit if you’re looking for a unique wilderness experience. Just in case you need a touch more encouragement, here are five highlights that prove Santa Rosa Island belongs on every bucket list! 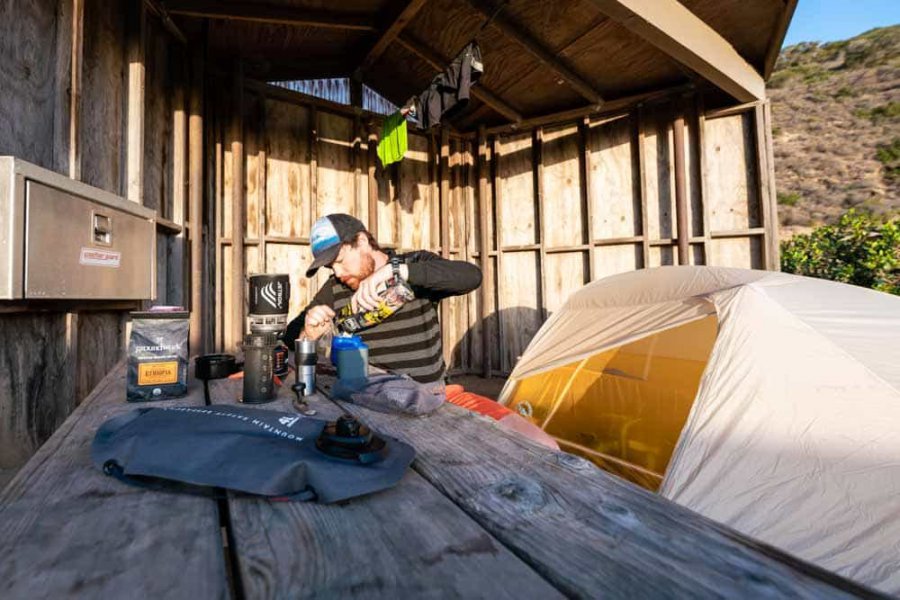 The Water Canyon Campground on Santa Rosa Island makes camping easy! It’s just a 2.5-km (1.5 mile) hike from the pier, along a flat gravel path. It’s well designed, too, as each campsite has its own wind block, picnic table and food locker. The bathrooms have flush toilets and there’s potable water.
While it’s important to treat Santa Rosa as a backcountry destination, the ease of access makes it easy to pack a few luxury items along with the  essentials. Along with my lightweight backpacking gear, I added plenty of extra weight, including fresh fruit, an Aeropress and coffee, and extra photography gear I would never haul to more remote campsite.
Just remember, there are no services on Santa Rosa Island, so it’s critical to pack enough food for the duration of your stay. And just like any backcountry camping trip, remember it is necessary to haul out everything you haul in. 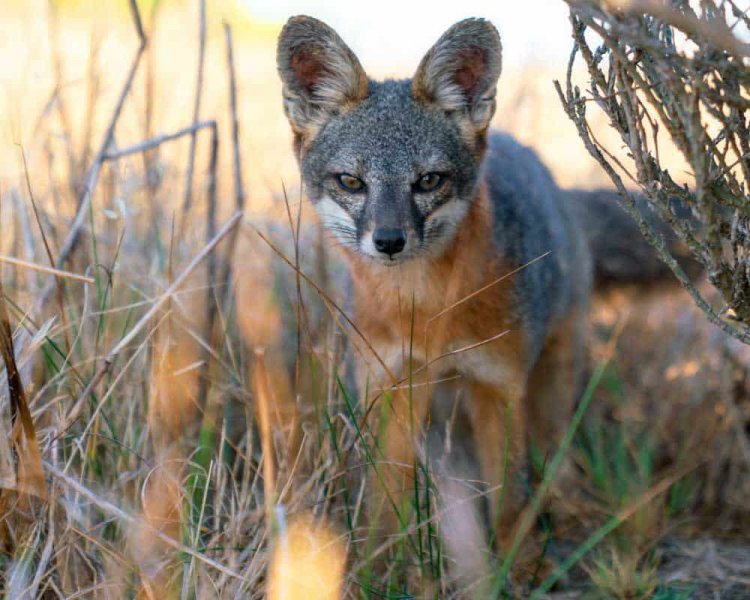 Not long ago, the endemic Island Fox, was nearly extinct on Santa Rosa Island. A generation of ranching and unchecked invasive species had dramatically lowered their population. Channel Islands National Park initiated a captive breeding program, which has shown incredible results. Today, there is a thriving population and the curious animals can be seen anywhere on the island, especially during twilight hours.
Alongside the Island Fox, there is plenty of other endemic or native flora and fauna, including the island spotted skunk, Island Night Lizard, and Torrey Pine trees.

Hike without the Crowds 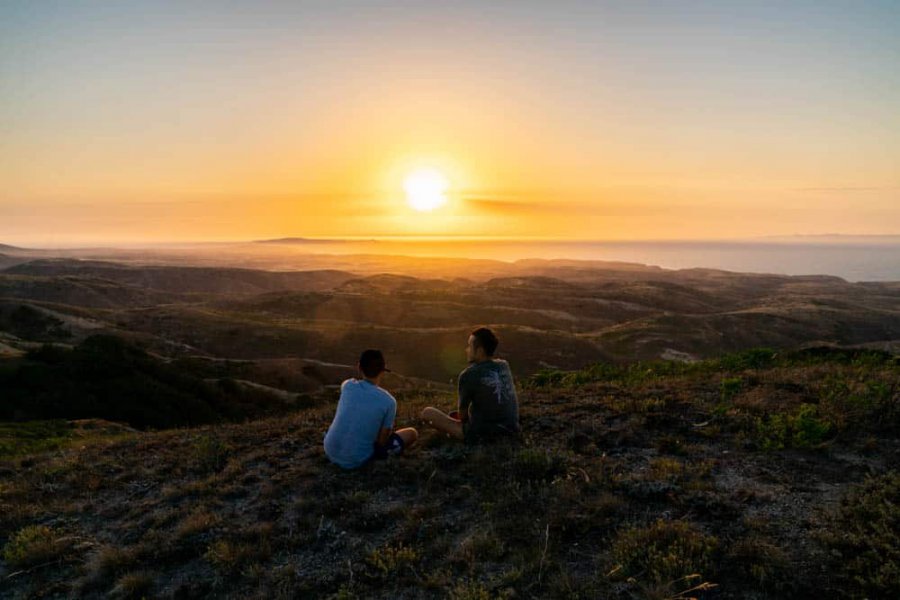 It’s little secret that the great outdoors are booming. Hiking trails have never been visiting. A summer visit to Yosemite National Park means sharing the wilderness with thousands of people. Hiking Mt Whitney requires a permit.
Luckily, hiking on Santa Rosa is still an uncrowded experience. Over four days, I hiked nearly 100 km. I joined two group hikes: an interpretive guided hike through Lobo Canyon and a short sunset hike up Black Mountain.
On longer hikes, to East Point and Carrington Point, I never encountered another person. When I hiked the 6-km Torrey Pine loop, I crossed paths with two other people.
It felt like I had the entire island to myself. 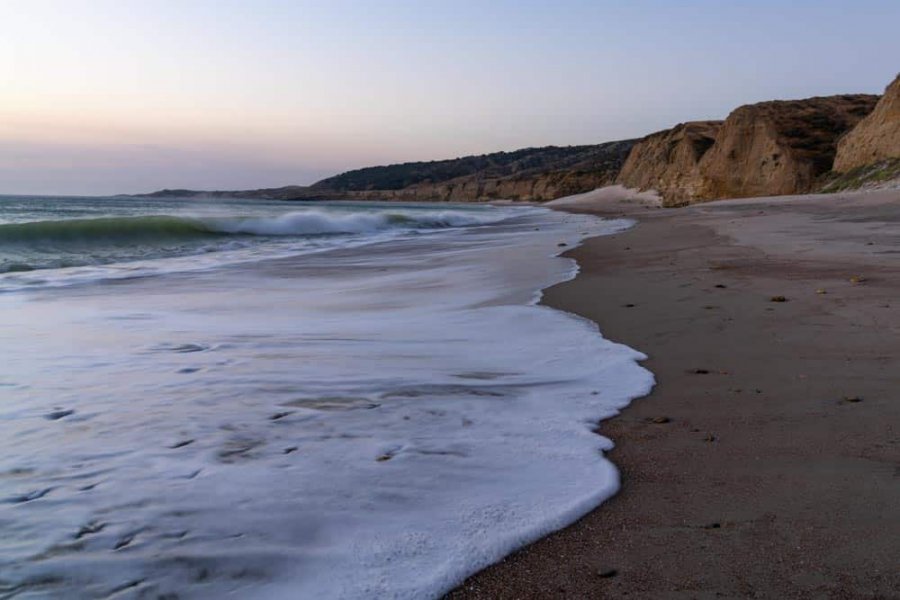 The moment the Island Packers ferry docked on Santa Rosa Island, I was blown away from the beaches. Water Canyon beach begins at the pier and stretches for miles down the coastline. At low tide, it’s possible to walk nearly 8 km from Skunk Point to East Point.
I soon learned that East Point has what must be California’s least crowded surf break, but I suppose it makes sense. Not only is it on an offshore island, but it’s also a 20-km round trip hike from the Water Canyon Campground. 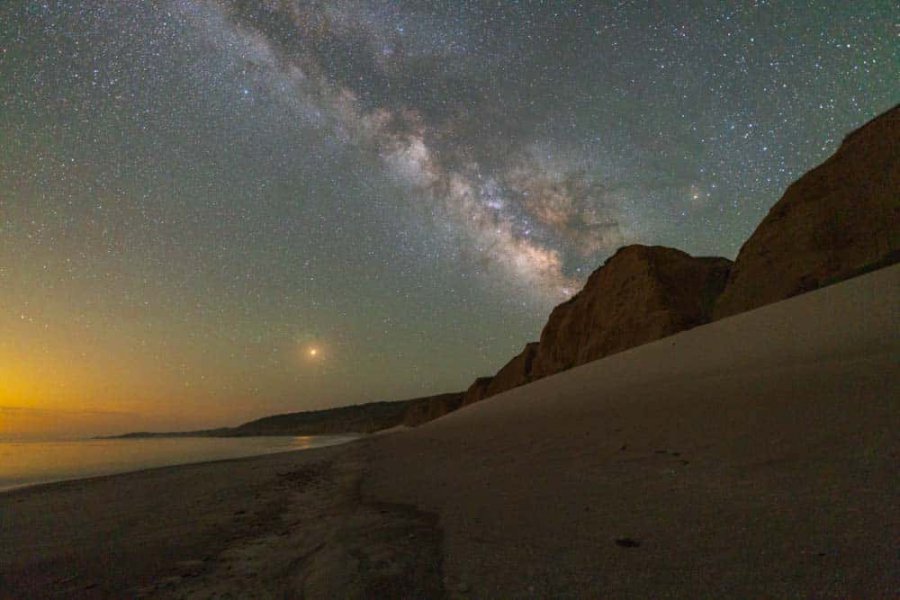 Santa Rosa Island has, practically, no light pollution. The campground has no electricity and the few NPS buildings don’t leave many exterior lights on overnight. At night, it’s truly dark outside, which means the night sky is incredibly clear.

How to Get to There

Santa Rosa Island is in Southern California, just off the coast of Ventura and under two hours north of Los Angeles. There are only two ways to reach Santa Rosa: ferry or flight.
The overwhelming majority travel on the 2-hour Island Packers Ferry from Ventura Harbour to Santa Rosa Island. There are multiple sailings each week and the ferry service makes a multiday visit easy. They have generous luggage allowances, which is essential when hauling camping equipment and food for a three to four-day trip.
Short flights, from the Oxnard Airport, are also possible; however, they’re significantly less common and more expensive. During times of rough seas, or for visitors prone to seasickness, it could be a viable alternative.

Because of their southern location, the Channel Island enjoy plenty of sunshine and warm weather throughout the entire year. I visited in July and enjoyed incredible weather. Temperatures were just above 30C and the ocean temperatures were unseasonably warm. In the winter, daily temperatures are still warm, but the water will be noticeably colder.
On a personal trip, I would choose to visit between November and March, simply because I would choose to escape the cold Canadian winter for an outdoor adventure in sunny California.
There is literally never a bad time to visit!

How Much Time is Needed

Most visitors, including myself, reserve a campsite and stay 3 to 4 days between ferries to the mainland. It felt like the ideal length, too, as it made planning food for the off-grid camping trip easy but left plenty of time to truly enjoy the island.

This post was originally published by Jeff Bartlett Media.