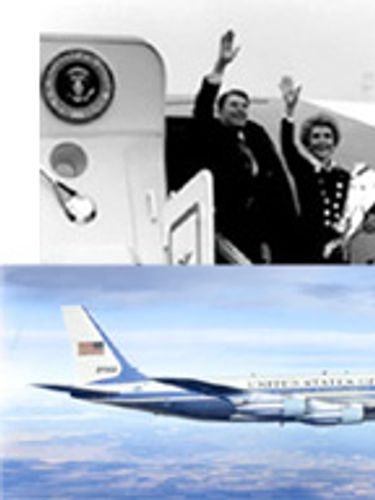 In a storied career that spanned more than five decades, Ronald Reagan inspired Americans to act and achieve even more than they imagined. His legacy thrives at The Reagan Library where events and exhibits rediscover his values, actions and spirit of determination.

PERMANENT EXHIBITIONS
Perched atop a hill with sweeping views of the southland, the Reagan Library is one of California’s most beautiful and unique destinations.

OVAL OFFICE
View a full-size replica of the White House Oval Office, the office in which President Reagan never took off his suit jacket.

Time may have eroded the memory of civilization but not the mystery of what was. Long ago, two bustling cities in ancient Egypt were known throughout the world as cultural centers of power, wealth, trade, and novel artistry. One day as the Mediterranean sun beat down on the bay of Aboukir, the cities slipped into the sea without a whisper of wind, buried for centuries.