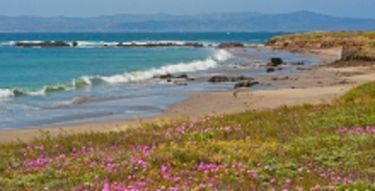 Once on the brink of ecological collapse, Santa Cruz Island now offers visitors a glimpse of what southern California used to be like hundreds of years ago.

The Nature Conservancy owns 76% of Santa Cruz Island, and manages it in close collaboration with the National Park Service, which owns the remaining 24% of the island. Visitors are welcome to explore Santa Cruz Island, however, public access is limited. Pleasure boaters who anchor in the coves along the island’s coast must obtain landing permits to go ashore the Conservancy’s portion of the island. Permits also allow for day hikes from these locations on Conservancy property.

To apply for a landing permit, visit http://www.nature.org/cruzpermit.